This content is an edited transcript of the video narration.

I’ve gone through the entire legal brief that was filed against Oracle in the claim of securities fraud violations. So, we’re going to start with a spoiler – Shocking: Oracle used audits to sell cloud. Like nobody knew that. There are 100 pages that constantly go over the fact that Oracle did that. And Oracle pretty much admitted it in one of their filings. In a reply to one of these complaints, Oracle said they’re tough and they use tough sales tactics, and there’s nothing illegal about that.

There was one little nugget here about the Oracle audit team. And it’s buried way down in this report. The Oracle audit team is called LMS, or License Management Services, and they have recently changed their name. They’re now known as what? Frogs? No, they’re not known as frogs. They changed their name. My son thinks they’re called frogs. They’re not called frogs. They are called GLAS, Global License Advisory Services, or SIA, Software Investment Advisors? Who knows? They’re all Oracle auditors.

In one complaint, which Oracle hasn’t replied to, so who knows if they deny it, the informant (known as FE1) confirmed that the sales teams and the LMS teams closely coordinated to use audits in order to sell unwanted subscriptions. Again, not a big shock, right? So people know that Oracle is one big company and the sales teams and the audit teams all get their checks signed by the same people.

The informant also stated that the sales teams would actually write out the letters and then hand them to the LMS teams, who would copy-paste them and send them to customers as if they were coming from the auditor.

Neither the sales nor the LMS audit teams had real evidence that customers target for audit were noncompliant. It was the mere threat of an audit that got the customers moving.

We have a whitepaper on the different levels of audits – whether it’s stealth audits, institutional audits, structured audits, or self audits where customers “volunteer” information to Oracle, but you don’t need that official letter. This is something we’ve talked about for years at Palisade Compliance.

The next thing I want to highlight is that the informant stated that any statements from Oracle that LMS was independent from sales are a lie. Wow. I’ve seen Oracle auditors present and I’ve seen their materials and they always talk about their independence from sales. Well, there you go. You’ve got someone from Oracle, a confidential person, who said that’s a lie. So we’ll see how this plays out. We’ll see if Oracle denies that.

Finally, another informant explained that the LMS team would never send a letter to a customer without approval by sales. So remember, when you’re going back and forth with your LMS auditor, or SIA, or GLASS auditor, whether or not they’re actually working with sales, they’re working with sales. We’ve also been talking about this for years.

These are some of the essentials we took out of the 100-plus pages of this brief. There’s excruciating detail of Oracle’s tactics selling cloud, at least as the complainant sees it. I can’t wait to see Oracle’s reply. Maybe we’ll reach out to Oracle and ask them if the LMS auditors do work so closely with the sales teams. It would be interesting to find out their answer to that. Although, I pretty much know what the answer is.

If you have any questions or issues or problems with Oracle, please don’t hesitate to reach out to us at Palisade Compliance. We’re here to help you take back control from Oracle. Good luck, everyone.

Find out how we can assist you with your Oracle LMS audit defense. 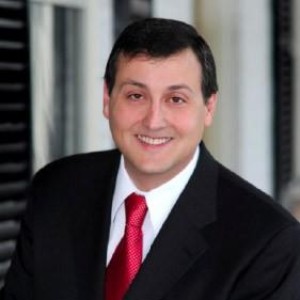